The First Baptist Church Hickory Withe had its beginning as a mission sponsored by the First Baptist Church of Somerville. In May of 1969, a small group of Baptist felt the need for a place of worship in their community. On May 11, 1969 with 23 people (14 members) present, the first service was held in the old abandoned Hickory Withe Schoolhouse. The service was led by Rev. Vester Carter.

As time went by God continued to add to the fast growing membership. The sincere desire and purpose of the Mission was to have a church building of its own in which to worship. The fourth Sunday of every month was set aside a Building Fund Sunday and the fund grew rapidly. A two acre plot of ground located on Hickory Withe Road was donated to the mission by the James Waldrip family. In February 1970, a building plan was adopted by the mission. Ground breaking ceremonies were held on April 16, 1972 and the vision of four families (Mr. and Mrs. Otis Boggs, Mr. and Mrs. James Waldrip, Mr. and Mrs. Jimmy Graham and Mr. and Mrs. Royal Cozart) was now becoming a reality.

Membership had grown to 94. During the time the church operated as a mission and into its early years as a church, it was led by many Godly men to include the Rev. Vester Carter. The Rev. Jimmy Powers was the first minister called to the mission. He served from September 1969 to July 1970. The Rev. Darrell Richardson served as intern pastor until Rev. John "Mike" Edward was called. He served from January 1971 to July 1971. Then Rev. John L. Foote served from October 1971 until 1974. In 1974, the church called its first full-time pastor, Rev. J. Larry Simpson. He served until 1976. On September 6, 1976, Rev. Ken Bradley took the role as pastor.

With the Lord's blessing, the membership continued growing and soon outgrew the capacity of the recently completed building. Membership had grown to 269. This growth had brought a need for expansion of all the facilities. The faith of this original small group was tested many times over, but God's grace proved sufficient in every need. By 1978 an additional 5 acers, adjacent to the first church building had been purchased, a pastorium had been built, the church budget had increased from $7,000 in 1972 to $40,000 in 1977, and gifts to mission had increased many fold over the years.

Construction on the new church building was followed excitedly by all members and on Sunday morning June 8, 1980, Bro. Jack Kwok led the congregation in a victory march to our beautiful new building for the first service. A victory day it truly was. With God's guidance and the leadership of our present pastor, Bro. Eddie Little, another victory day was celebrated on June 26, 1987 with a note burning service to commemorate the building debt retirement. 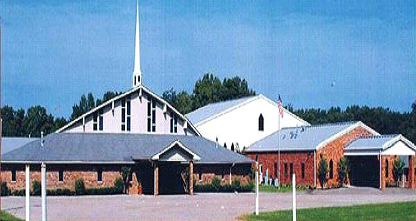 As God continued to bless the membership grew to 400 plus. The church was led by the Holy Spirit to build a 7000 square foot building to meet the need for more educational space, larger nurseries, and a fellowship hall. The ground breaking ceremony, led by Bro. Eddie Little, was held on June 9, 1990. Construction began soon after and with much prayer and hard work by many of the members, the building was completed and dedicated on February 10, 1991. Soon after plans were made to build another building with a gymnasium, more educational space, and staff offices. This building was opened in April 2003.

With continued growth and God's blessings, the membership continued to grow. In 2009 plans were made to construct a new sanctuary building. On July 4, 2010, we had our first service in our new sanctuary. 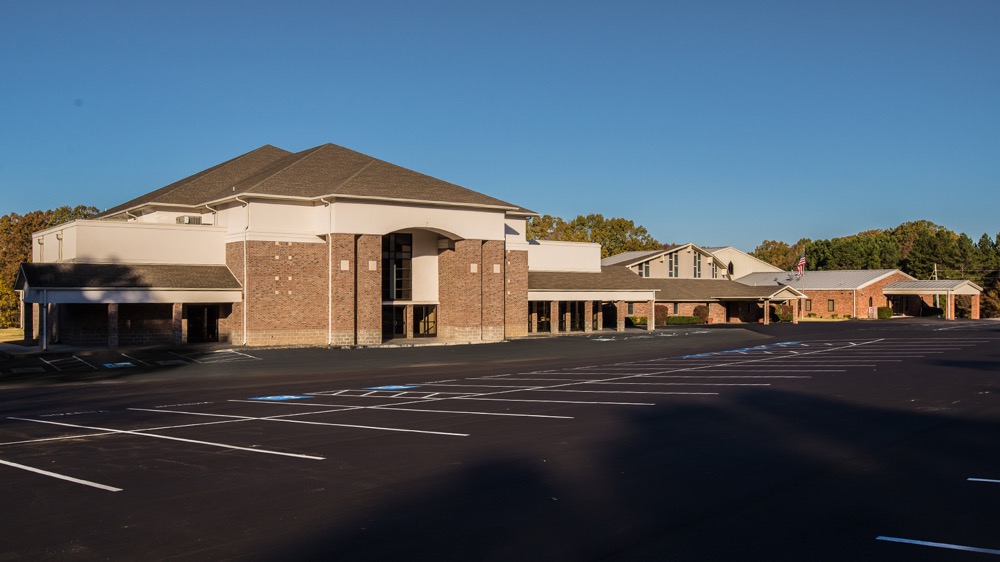