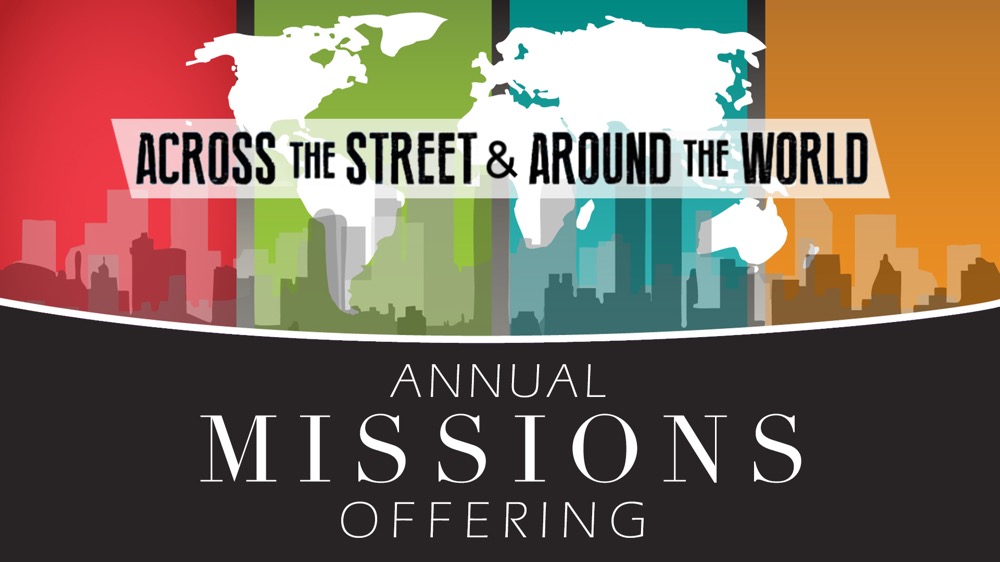 Acts 1:8 - “…you will be my witnesses in Jerusalem and in all Judea and Samaria, and to the ends of the earth.”

ACROSS THE STREET & AROUND THE WORLD

As followers of Jesus, we are called to meet physical needs and spiritual needs of people across the street and around the world! That means ministering to people in our community, region, and to the ends of the earth. Missions isn’t primarily something we do, it’s who we are!

Our missions offering is during the month of December each year.

International Missions (Lottie Moon) = 40%
North American Missions (Annie Armstrong) = 20%
Tennessee Baptist Children’s Home = 20%
Tennessee State Missions (Golden) = 15%
Life Choices = 5%
*Percentages based on giving totals of previous years.
*Mark your donation Missions Offering or you can give specifically to a ministry by indicating which one on your donation.